The Army Corps of Engineers (the “Corps”), as owner, and Cherokee General Corporation (“CGC”), as prime contractor, entered into a contract (the “Contract”) in connection with work at the Yakima Training Center (the “Project”). CGC subcontracted with SCI Infrastructure (“SCI”) for certain work related to the Project (the “SCI Subcontract”), and SCI subcontracted with Pinnacle Crushing & Construction, LLC (“Pinnacle”) (the “Pinnacle Subcontract”). CGC obtained a Miller Act payment bond (the “Bond”) from Hartford Insurance Co. (the “Surety”) to provide coverage for labor and materials supplied in carrying out the work. 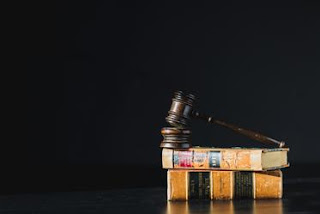 After the Corps terminated the Contract with CGC, CGC submitted a claim under the Contracts Disputes Act. As required by the SCI Subcontract, CGC asserted SCI’s pass through claims against the Corps, which included amounts allegedly owed to both SCI and Pinnacle.

Separately, SCI and Pinnacle sued CGC and the Surety to recover under the Bond for the work they performed under the subcontracts, but for which CGC had not paid them.

CGC and the Surety moved to dismiss or stay the claims arguing that the Surety was not liable to SCI and Pinnacle under the Bond because their damages were the responsibility of the Corps and were being resolved through the Contract Disputes Act process, and the claims were not ripe because that process was still pending. SCI and Pinnacle opposed, arguing that any contract provisions requiring them to wait before pursuing their Miller Act claims were invalid under the Act, and that a stay would be prejudicial because the claims process will take years to resolve.

The Court held SCI and Pinnacle’s Miller Act claims were ripe because they had alleged a specific injury in fact (i.e., they were owed money for completed work on the Project) and had satisfied the condition precedent to bringing a Miller Act claim (i.e., they had still not been paid 90 days after completing their work).

The Court rejected CGC and the Surety’s argument that SCI and Pinnacle were precluded from bringing a Miller Act claim because, under the subcontracts, they agreed that their claims would be resolved by the dispute resolution process set forth in the Contract (i.e., as pass through claims in CGC’s claim against the Corps). Courts construe the Miller Act liberally to protect subcontractors, and any waiver of Miller Act rights must be clear and explicit, in writing, signed by the person whose right is waived, and executed after that person has furnished labor or material used in performing the contract. The SCI Subcontract did not clearly waive SCI’s Miller Act rights because it did not contain any explicit statement that SCI was waiving those rights. Even though, in the Pinnacle Subcontract, Pinnacle agreed not to pursue any independent litigation, including under the Miller Act, Pinnacle did not waive its Miller Act rights because it had not yet furnished labor or material to the Project at the time it signed that Subcontract.

The Court also declined to order a stay pending resolution of the pass through claims against the Corps because neither Pinnacle nor SCI waived their Miller Act rights under their respective subcontracts. A provision in the Pinnacle Subcontract requiring a stay of Miller Act claims pending the resolution of pass through claims did not warrant a stay because the provision was an impermissible waiver of Pinnacle’s right to sue under the Miller Act, not an agreement as to the timing of bringing a Miller Act claim. The Court reasoned that if Pinnacle were to be delayed until the final determination of the administrative action, it might lose its ability to return to court to enforce its Miller Act rights.