Do All Those Qualifications on Subcontractor Bids Really Mean Anything? California Appeals Court Says Yes and it is Unreasonable to Disregard Them 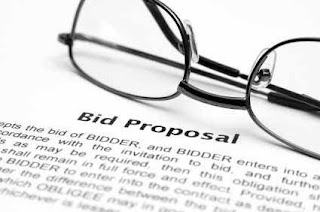 The plaintiff in Flinto Pacific, Inc. v. TEC Management Consultants, Inc. was a general contractor who was awarded a building project at the Diablo Valley College in Pleasant Hills, California. Two months earlier on bid day, the defendant submitted a proposal for the glass and glazing package in the amount of $1,272,090. The proposal contained qualifications that stated a deposit of 35% was required for the work, the defendant would not accept responsibility for liquidated damages, all bonds were excluded, and the bid could be withdrawn if it was not accepted within 15 days. It further stated that the bid was subject to a 3% escalation per quarter after that 15 day acceptance period. In its winning bid for the project the plaintiff carried the defendant’s number and identified it as the curtain wall and glazing subcontractor.

The plaintiff filed suit against the defendant alleging promissory estoppel in the amount of the $327,000. At trial, the plaintiff stated that on a typical bid days when it is pulling together all the subcontractor bids, it generally, “disregards all terms and conditions of a subcontractor's bid except for scope of work, price, length of time the bid would remain open, and bonding.” Plaintiff’s project manager also admitted that he had not reviewed the defendant’s proposal until after it was listed in the winning bid.  The trial court ruled in favor of the defendant stating that the plaintiff’s reliance on the submitted bid without regard for the material conditions was not reasonable.

Plaintiff appealed to the Court of Appeals of California, Second District contending that the trial court erred in ruling that the elements of promissory estoppel had not been met.

The Court began its analysis by establishing that the four elements of promissory estoppel are “(1) a promise clear and unambiguous in its terms; (2) reliance by the party to whom the promise is made; (3) [the] reliance must be both reasonable and foreseeable; and (4) the party asserting the estoppel must be injured by his reliance.” US Ecology, Inc. v. State of California (2005) 129 Cal.App.4th 887, 901; Kajima/Ray Wilson v. Los Angeles County Metropolitan Transportation Authority (2000) 23 Cal.4th 305, 310.  The Court centered its review of the case on the reasonableness element.  It found the trial court’s conclusion that, “TEC's bid contained conditions that were material to its bid price, and which if omitted, would have considerably increased the price…therefore… Flintco's reliance on the bid price alone was not reasonable.”  The Court also pointed to the trial court’s examination of the record with the defendant’s clear 35% deposit requirement, rejection of liquidated damages liability, unwillingness to provide a bond, and 15 day rejection period as “evidence [supporting] the trial court's finding that Flintco's reliance on the bid price alone while ignoring the material terms and conditions was unreasonable.”

The Court further reviewed the plaintiff’s argument that the conditions of the defendant’s qualifications to the bid are irrelevant based upon custom and practice in lump-sum contracting.  The Court pointed to the plaintiff’s cited cases and stated that, “unlike the cases Flincto [cited]…where the bids were made orally and were comprised of price only, TEC's bid was written and contained terms and conditions that were underscored and material because they affected the price. Nor does TEC claim it made a mistake in the bid. Thus, the justification in Drennan for invoking the equitable doctrine of promissory estoppel does not apply here.”

------------------
The author, Brendan Carter, is a contributor to The Dispute Resolver and a former Student Division Liaison to the Forum on Construction Law.  He is an attorney and a Senior Consultant with Navigant’s Global Construction Practice based out of Boston, MA.  He may be contacted at 617.748.8311 or brendan.carter@navigant.com.
Posted by The Side Letter at 10:21 PM No comments:


﻿﻿﻿﻿
In the matter Caprioti et al. v. Beazer Homes Corp., the Superior Court of New Jersey halted some artful pleading by the Plaintiffs seemingly intended to avoid the state statute of repose.

The homeowner plaintiffs claimed that the builder had violated the New Jersey Consumer Fraud Act “by selling homes . . . without including allegedly pertinent information regarding the type of septic tank used on the properties.” All the homes included a septic system comprised of a chamber tank rather than a conventional stone and pipe system. This chamber characteristic is noteworthy because chamber systems fail prematurely more often than the conventional systems.  The plaintiffs argued is that a reasonable person would want to know this information prior to purchasing the home as it speaks to the homes useful life. They also claimed that the builder had concealed or omitted this information from the plaintiffs.  Many of the plaintiffs did indeed experience major problems including failure of the system, backup, odor, and the cost of more frequent service.


The builder moved for summary judgment on the plaintiffs’ complaints that “were more than 10 years after the purchase of their homes, and are thereby beyond the applicable 10-year Statute of Repose." See N.J. Stat. 2A:14-1.1(a) (“No action, whether in contract, in tort, or otherwise, to recover damages for any deficiency in the design, planning, surveying, supervision or construction of an improvement to real property . . . . shall be brought against any person performing or furnishing the design, planning, surveying, supervision of construction or construction of such improvement to real property, more than 10 years after the performance or furnishing of such services and construction.").  The builder framed the issue as one of alleged inadequate or inferior construction whereas the homeowner plaintiffs stated that their claims “[arose] out of defendant’s unlawful sales practices, not negligent design, planning or construction of their homes.”


The Superior Court sided with the builder and summarily decided and dismissed the plaintiffs’ claims.  In so deciding, the Court emphasized that statutes of repose are intended to be read broadly to “limit the expanding liability of contractors . . . .”  The Court also focused on the fact that the plaintiffs did not dispute that the chamber septic system was an “improvement to real property” alleged to be “insufficient, inadequate, and not functioning properly.”  The Court reasoned that although couched as a misrepresentation “but for the alleged septic system failures, there would be no cause of action.”
--------------------------------------------------
The author, Katharine Kohm, is a committee member for The Dispute Resolver. Katharine practices construction law and commercial litigation in Rhode Island and Massachusetts. She is an associate at Pierce Atwood, LLP in Providence, Rhode Island. She may be contacted at 401-490-3407 or kkohm@PierceAtwood.com.
Posted by Katharine E. Kohm at 3:28 PM No comments:

Fundamentals of Construction Law: Learning From The Pros - November 4, 2016

On November 4, 2016, the ABA Forum on Construction Law will present, in four cities across the counry, "Fundamentals of Construction Law."  The concepts covered apply to projects ranging from a single building to complex infrastructure improvements.

Register today at Fundamentals of Construction Law: Learning From the Pros

The case arose from the construction of Cypress Point, a fifty-three unit, luxury condominium complex in Hoboken, New Jersey.  Id.  Adria Towers, LLC, Metro Homes, LLC, and Commerce Construction Management, LLC (collectively “Developer”) jointly served as both the project’s developer and prime contractor.  Id.  At issue were four CGL policies covering the time period from May 30, 2002, to July 15, 2006, that Evanston Insurance Company (“Evanston”) issued to the Developer and which were modeled after the standard form CGL policy promulgated by the Insurance Services Office, Inc. (“ISO”).  Id.

Those policies provided that “’[p]roperty damage’ includes ‘physical injury to tangible property including all resulting loss of use of that property’”.  Id. at *2.  The policies defined an “occurrence” as “’an accident, including continuous or repeated exposure to substantially the same general harmful conditions.’”  Id.  The policies also contained the typical “your work” exclusion, but stated that the exclusion “’does not apply if the damaged work or the work out of which the damage arises was performed on [the insured’s] behalf by a subcontractor’”.  Id.

Roof leaks and water infiltration at the interior window jambs and sills of the residential units and water intrusion into common areas and other interior areas were the damage at issue.  Id.  The plaintiff Cypress Point Condominium Association (“Association”) sought a declaration that Evanston’s CGL policies covered its claims against the Developer for the damages.  Id.

The insurers contended that “a subcontractor’s faulty workmanship does not have the fortuity element required for the faulty workmanship to constitute an ‘accident’”, and therefore, is “not an ‘occurrence’ under the terms of the policies”.  Id. at *3.  The insurers further argued that because there is no coverage the outset, the exceptions to the “your work” exclusions for subcontractor work were of no moment.  Id.

The Association argued that a ruling in favor of coverage for consequential damages caused by subcontractors’ work is consistent with judicial precedent and the plain policy language.  Id. at *4.

The trial court concluded that faulty workmanship does not constitute an “occurrence” and that the resulting consequential damages were not “property damage” under the policy terms.  Id.  The Appellate Division reversed, holding that “’unintended and unexpected consequential damages [to the common areas and residential units] caused by the subcontractors’ defective work constitute ‘property damage’ and an ‘occurrence’ under the [CGL] polic[ies]’”.  Id. at *3.

Noting “’ a strong recent trend in case law [of most federal circuit and state courts] interpret[ing] the term ‘occurrence’ to encompass unanticipated damage to nondefective property resulting from poor workmanship’”, the New Jersey Supreme Court ruled in favor of coverage.  Id. at *9 - *14.  While the policies did not define “accident”, the court found that the term, as used in the policies at issue, encompassed unintended and unexpected harm caused by negligent conduct, and therefore, the alleged negligence of the subcontractors at issue was an “occurrence”.  Id. at *11.  The Court next found that the policies’ “your work” exclusion did not apply because the alleged damage arose from work by a subcontractor.  Id. at *13.

Linked here is a copy of the New Jersey Supreme Court’s decision.
Posted by Mark W. Frilot at 5:16 PM No comments:

Division 1: Litigation and Dispute Resolution conducts a monthly conference call of its Steering Committee and other friends/volunteers of Division 1.  Here is a link to the Minutes of the Steering Committee Meeting from August 15, 2016.
Posted by Joe Imperiale at 2:11 PM No comments: