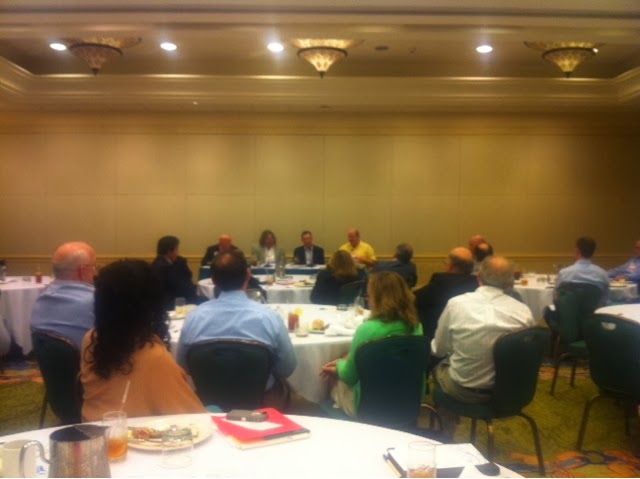 In GEA Group AG v. Flex-N-Gate Corporation, Shahid Khan (decided 1/10/2014), the Seventh Circuit allowed limited discovery to proceed in an action brought in U.S. District Court despite the fact that an international arbitration was pending between the same parties on the same issues in Germany before the Arbitral Tribunal of the German Institution of Arbitration.

The U.S. District Court action was different in that GEA named "Flex-N-Gate's CEO, board chairman, and controlling shareholder, the American billionaire Shahid Khan" as a defendant on various grounds from piercing the corporate veil to fraudulent inducement into the contract. The Seventh Circuit permitted the limited discovery because Shahid Khan was not a party to the arbitration or signatory as an individual to the arbitration agreement.  Judge Posner wrote for the Court:


Since fraud is a tort, GEA is entitled to make it the subject of a lawsuit.  But it is a serious charge and Khan is entitled to defend himself against it, which he can't do, it appears, without being able to conduct discovery.  Discovery may yield evidence germane to the arbitration as well, but if so - and, more to the point, if it yields evidence favorable to Flex-N-Gate - that is a consequence that GEA will have brought upon itself by its decision to sue Khan.  You cannot sue someone and prevent him from defending himself.

This case is an interesting read.  Judge Posner's opinion goes over the procedural history of the dispute commenting throughout in a direct manner about the strategic maneuvering and inter-relationship between international arbitration and US proceedings.

Relying upon Section 3 of the FAA, GEA had a sought a stay in the federal court proceeding mainly because it asserted that it would be prejudiced if Flex-N-Gate could use the discovery in the German arbitration (where such discovery would not be permitted).  A repeated theme and tone of the opinion was that GEA's federal court action may have been premature.  In addressing GEA's argument concerning the use of discovery, the Court wrote:


The ground is that Khan will convey the fruits of his discovery to Flex-N-Gate for use against GEA in the do-over arbitration proceeding.  But that is not a proper concern of the district court, or of this court.  It is the concern of the foreign arbitrators and the foreign courts.  Should Flex-N-Gate try to inject evidence into the arbitration from discovery conducted by Khan in the district court suit, GEA can object and the arbitrators will decide.  What business is it of an American court?  It was GEA that invoked German arbitration.  By doing so, it subjected its claim of breach of contract to the German arbitrators and judiciary.  If the arbitrators allow the fruits of Khan's discovery into the arbitration, and in doing that they are violating German law, there is always the High Regional Court in Frankfurt, and, if necessary, the Federal Court of Justice, for GEA to appeal to.

Read the opinion and let us know what you think.
Posted by Tom Dunn at 9:01 AM No comments:

For those who are attending the Forum's Mid-Winter Meeting later this month in the Bahamas, email Tony Lehman (Anthony.Lehman@dlapiper.com) to sign-up for Division 1's Dinner on Thursday night (January 30, 8:30 PM).  Guests are welcome.

Our dinner will be at the Bahamian Club at Atlantis.  It will be a price fix menu ($89 per person plus 15% gratuity).

The three-course dinner menu is below:

In its most recent newsletter, "Insight from Hindsight," Navigant Consulting's Tom Peters provided a fascinating article entitled "Dissecting the Doctrine of Concurrent Delay."  I have linked the article here so that we can discuss it and so that you can read it more closely.

In the article, Mr. Peters first points out that lawyers and schedulers differ on what effect concurrent delays might have both on the excusability and the compensability of various concurrent delays.  As the table makes clear, nothing is clear when it comes to answering a number of the key questions.  For example, is a delay that is excusable actually excused if the delay occurs concurrently with a non-excusable delay? Some commentators say it is, while others say it is not.

Mr. Peters then looks at various boards of contract appeal decisions and -- no surprise -- finds similarly conflicting points of view.  As a practice issue, if major articles and treatises cannot agree and if the cases are all over the place, how does an attorney advise his or her client correctly?

This also raises another issue for discussion: with the increase of technology usage in our daily lives, will construction companies be able to harness this technology to improve their as-built and as-happening schedules?  For example, with smart phone cameras now being nearly ubiquitous, will workers be required to take photos every hour to show progress on their work?  Should contractors or owners expect that kind of documentation when faced with delay claims?

Let's hear from you in the comments.
Posted by Tony Lehman at 5:20 PM No comments:

Are Witnesses Overrated In Construction Cases?

While the finder of fact (whether Judge, Jury, or Arbitrator) still must see, hear, and believe as reasonable the party's story from at least one witness (preferably a likeable one), our construction cases often swing based upon the contemporaneously prepared project documents.

On some issues, for example, loss of productivity claims, oral testimony often pushes the fact finder to its decision.  During one bench trial, I (Tom Dunn) recall walking back upstairs into court during a break following the testimony of my client's foreman wherein he described the working conditions during the winter months.  With opposing counsel at my side, I couldn't help but smile (and opposing counsel couldn't help but to shrug) when I heard the courtroom clerk and security officer talking about how horrible it must have been to work that job.  I figured if they got "it" enough to talk about it, then the Judge probably did as well.  I don't think photos or contemporaneous documents (other than maybe video) could have done what that witness did with his personality.