Reallocation Actions and Settlement Agreements: What Did We Settle?


The purpose of a settlement and release agreement is to fully and finally dispose of a disputed matter. However, more and more often, a dispute cannot be fully resolved where non-parties to the dispute have contributed defense and indemnity amounts on behalf of one or more of the parties and have reserved the right to seek recovery of those amounts in subsequent litigation. In particular, insurance carriers are typically not part of the action and are not signatories to the settlement agreement.

Who owns the right to pursue the claim?

An essential step in any settlement negotiation, and one that is often missed, is the determination of who owns the right to the claims being asserted. The question becomes complicated where the parties to a dispute have an underlying contractual relationship that includes a defense and indemnity obligation and an insurance carrier has agreed to defend. So if a party is being defended by an insurance carrier, does that party own the right to assert and recover those fees, or does the carrier that actually paid the fees own the right?

In many jurisdictions, in order for a party to pursue contractual damages in the form of defense fees, that party has to actually incur the fees. This concept pairs with the common law notion of subrogation, wherein a carrier is subrogated to the rights of its insured to the extent of its payments. A general liability insurer that has paid a claim to a third party on behalf of its insured may have an equitable right of subrogation against other parties who are legally liable to the insured for the harm suffered by the third party, including defense and indemnification agreements. These rights are derived from the contract of insurance and include its insured’s rights against tortfeasors principally responsible for the loss and contractual indemnitors.

So how can you limit potential reallocation actions?

In recognition of a non-party carrier’s putative rights, parties to the underlying litigation have responded with a number of strategies to expand the scope of the release agreement. For instance, the parties can:
Is counsel well-versed in these types of settlement agreements?

The pitfalls for the novice in negotiating the scope of a settlement agreement and release are plentiful. Counsel has to be conversant with not only the claims against her client, but also who owns the rights to those claims. Should there be known third-party claims, they have to be discussed, bargained for, and, if possible, included in the settlement agreement and release. Where the third-party claims are not part of the settlement, counsel needs to understand the potential for a subsequent action, advise her client on the risk, and negotiate release language to put the client in the best-possible position should subsequent litigation be filed. Of course, finding a neutral that understands non-party rights and the limitations in settlement negotiations can significantly contribute toward the successful resolution of the matter and substantially reduce the likelihood of future litigation.

Are unknown claims going to be released as part of the settlement?

Seeking a full and final resolution of the matter, which would eliminate any future litigation arising from the subject matter of the dispute, is a lofty goal. Typically, the parties must first acknowledge that a general release does not release all known and unknown claims (pursuant to public policy, common law, or statute). As such, the parties to the negotiation must negotiate and specifically waive any limitations for unknown claims. For instance, in California and many other jurisdictions, to obtain the broadest form of release, the parties must set forth the limitations contained in California Civil Code Section 1542 and specifically waive those provisions. While including and waiving this provision in a settlement agreement is a good step toward obtaining a full and final settlement among the signatories to the agreement, it does not necessarily resolve claims of non-parties to the action. In particular, a carrier’s potential rights against its insureds and its derivative rights against third parties can provide the basis upon which a subsequent action can be maintained against the settling parties. As such, the parties to the release, the scope of the release, and third-party rights need serious consideration by counsel when negotiating a settlement and drafting the terms of the settlement and release agreement.


Stacy L. La Scala, Esq. is a mediator and arbitrator with JAMS based in Orange, Calif. His practice focuses on a wide array of disputes, including construction, insurance, business/commercial and professional liability matters.  He can be reached at slascala@jamsadr.com. 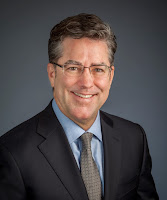 Posted by Joe Imperiale at 9:25 AM