Division 1 has four events scheduled for the upcoming meeting in Nashville.
Every year D1 holds a planning retreat to review what we have accomplished, brainstorm, and plan for the coming year.  This retreat is open to everyone.  Whether you are a seasoned veteran or a first time attendee, please come to the planning retreat if you are interested in becoming more involved in D1.

We have a terrific panel for our third practicum.  To access the flyer with details about this program and the speakers, please click on the following link:  Practicum on "Advocacy at Depositions". This event is designed to be suitable for both younger attorneys and more seasoned veterans who want to learn more about the art of advocacy.  The registration for this event is separate from that for the Annual Meeting.  Please click the link here for the registration.


Please join us on Friday morning for a panel discussion entitled “Developing and Presenting Expert Testimony:  The Long View.”


This action arose out of a construction project to build a 63-story luxury condominium tower located in Miami, Florida (“Project”). Pavarini Construction Co. (“Pavarini”) was the general contractor for the construction of the Project.  Pavarini hired a subcontractor for the installation of the concrete masonry unit walls and certain reinforcing steel, and a second subcontractor for the supply and installation of reinforcing steel within the cast-in-place concrete columns, beams, and sheer walls. The work performed by both of these subcontractors was deficient. A significant amount of reinforcing steel was either omitted entirely or improperly installed, including within important concrete structural elements, resulting in destabilization throughout the building. This, in turn, caused stucco debonding and cracking on the walls of the building, worsening cracking of cast-in-place concrete elements, and cracking in the mechanical penthouse enclosure on the roof, which led to water infiltration.

In December of 2010, upon becoming aware of the deficiency, the owner served Pavarini with a formal demand to repair all of the damage. Pavarini completed the work, incurring more than $25 million in costs relating to the remediation effort, including amounts paid to: consultants to investigate the damage and design a plan of remediation; install hurricane netting to prevent bodily injury and additional property damage; install a structural steel exoskeleton and a metal panel façade to provide the required structural support in the absence of functional steel beam;, and repair the mechanical penthouse enclosure on the roof.

Pavarini sought indemnification through the Project’s Owner Controlled Insurance Program (“OCIP”) designed to provide the owner, Pavarini and its subcontractors with uniform insurance coverage for claims of property damage and bodily injury. The OCIP included a commercial general liability policy issued by American Home Assurance Company (“American Home”) containing a $2 million per occurrence limit, and a first-layer umbrella policy issued by ACE American Insurance Company (“ACE”) containing a $25 million per occurrence limit. American Home ultimately acknowledged coverage, but ACE refused to pay for any costs associated with the repairs. After accounting for the $2 million recovered from the American Home policy and related salvage efforts, Pavarini brought suit against ACE seeking over $23 million in damages.

The parties filed cross-motions for summary judgment on, among other issues, whether the damage caused by the defective work of Pavarini’s subcontractors was covered under the policy. While the amount was undisputed, the parties disputed the nature and character of the loss. Pavarini claimed that none of the costs included the repair of defective work itself; rather all repairs were of damage to otherwise non-defective building components. ACE countered that much of the repair effort amounted to a de facto repair of the defectively installed steel.

The Court agreed with Pavarini, holding that the property damage caused by the subcontractors’ defective work to other property was covered under the policy.

The policy defined “property damage” as “all physical injury to tangible property, including all resulting loss of use of that property,” and included “[l]oss of use of tangible property that is not physically injured.” The policy excluded from coverage, in relevant part, “[p]roperty damage to ‘your work’ arising out of it or any part of it and included in the products-completed operations hazard.” This exclusion is known as the “your work” exclusion.  However, the “your work” exclusion did not apply “if the damaged work or the work out of which the damage arises was performed on your behalf by a subcontractor.” Thus, the policy provided coverage for damage to the completed Project caused by subcontractors’ negligent work, but did not provide coverage for the repair of the defective subcontractor work itself.

Consequently, the Court entered partial summary judgment in favor of Pavarini, holding that ACE was contractually required to reimburse Pavarini for the costs incurred.

Article originally posted March 14, 2016 on Constructlaw, an update and discussion of recent trends in construction law and construction, maintained and edited by Pepper Hamilton's Construction Law Practice Group.
Posted by Joe Imperiale at 5:27 PM No comments:

The shareholder's challenge to the arbitrator's award and the confirmation of the award was that the arbitrator misinterpreted the agreement.  And because the arbitration clause of the agreement  provided for judicial review of an award to determine whether there was a "material, gross and flagrant error" by the arbitrator, the shareholder argued that the court could consider the merits of his claim. "He reasons that arbitration is strictly a creature of contract, that the aim of the [Massachusetts Arbitration Act (MAA)] is to enforce the parties' contractual agreement to arbitrate, and that, therefore, the parties' agreed-upon standard of judicial review should be enforced."


As for the contractual argument--that the parties have a right to decide their own terms--the Court referred to the seminal case Hall St. Assocs., L.L.C. v. Matell, Inc.  In Hall St, the Supreme Court of the United States, held that under the Federal Arbitration Act "the statutory grounds are the exclusive grounds for judicial review and parties are unable to contract otherwise."  That said, the Court also held that the states can reach different conclusions.  In Massachusetts, however, the Court determined that following Hall Street was the proper result.
Posted by Katharine E. Kohm at 11:26 PM No comments:

Nevada Supreme Court Finds Waiver of Right to Arbitrate Based on Separate, But Related Litigation

The Nevada Supreme Court recently ruled that a party defendant waived its right to compel arbitration due to its litigation conduct in a separate, but related litigation.  The court also clarified Nevada jurisprudence regarding whether the court or arbitrator should decide if a party waived its right to compel arbitration by that party’s litigation activities.  While not a construction case, Nevada courts might apply the same principles in pending construction matters, so the case is instructive.

Principal Investments, Inc. v. Harrison, 2016 WL 166011 (Nev. 2016), concerned a class action for fraud against a payday loan company and its process server related to default judgments the company obtained in prior litigations using affidavits of service allegedly falsified by the process server.  The loan company defendant sought to compel the class action plaintiffs to arbitrate their claims based on arbitration provisions in the loan documents.

After discussing the general criteria Nevada courts apply to determine whether the court or the arbitrator should decide waiver, the court determined that courts presumptively should decide issues of waiver based on litigation activities, “unless the arbitration agreement clearly commits the question to the arbitrator.”  Id. at *1.  While the loan agreements at issue provided that issues regarding the validity, scope, enforceability, and applicability of the arbitration clauses were subject to arbitration, the court did not find “clear and unmistakable intent” by the parties to arbitrate issues of waiver based on litigation activities.  Id. at *7.

Regarding the merits of the waiver, the court found that the loan company’s litigation activities in the prior litigations in which the company obtained the default judgments against the plaintiffs waived the company’s right to demand arbitration of the plaintiffs’ current claims.  The court acknowledged prior jurisprudence and that “only prior litigation of the same legal issues as those the party now wants to arbitrate results in waiver of the right to arbitrate.”  Id. at *8.  However, the court found that “[t]he claims the named plaintiffs have asserted in district court arise of, and are integrally related to the litigation Rapid Cash conducted in justice court.”  Id. at *9.  The court also stated the arbitration agreements “should not be applied to sanctify a fraud upon the court allegedly committed by the party who itself elected a litigation forum for its claim.”  Id.

A copy of the decision is linked here.
Posted by Mark W. Frilot at 4:22 PM No comments:

Under Construction -- Paper, Online, or Both? The Forum wants to hear from you!

Last year, the Governing Committee approved publication in paper of Under Construction, the ABA Forum on Construction Law's newsletter, for 1 year (3 paper editions).

The Governing Committee will be considering whether Under Construction should remain in paper or be published only online.

The Forum would like to hear from its members as to how they would like to receive Under Construction. The survey consists of 10 questions and will take you 5 minutes or less to complete.

Division 1 submitted articles for both the Winter 2016 edition (Brendan Carter and Daniel Kapner) and Spring Edition (Dan Valentine and Jim Cohen).  The Valentine/Cohen article was a compilation of their series originally published on The Dispute Resolver!

Thank you for your time and feedback! 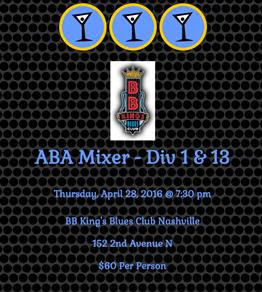 Following the Welcome Reception at the Annual Meeting, please join us for a casual, fun filled night of hearty appetizers, drinks, music, and good company. The mixer will be in a private room overlooking the river in the Riverfront Dining Room and at 9:00 pm the BB King's Blues Club All-Star Band will perform.

Price per person is $60 a ticket and includes 2 drinks. Please click the link below to view the invitation and details.

We look forward to seeing you there!! 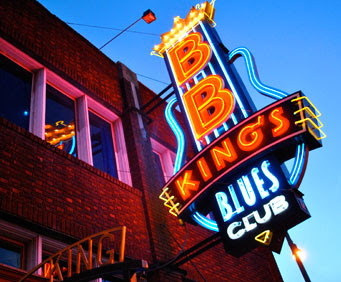 Many construction cases are either won or lost during the deposition phase of discovery. Depositions provide an opportunity to not only learn about your opponent’s case, but also to establish the key facts you will need for dispositive motions and/or trial and to evaluate your clients and opponents testimonial demeanor. Please join us for a practicum with a team of nationally-recognized construction attorneys who will discuss the art of advocacy when taking and defending discovery depositions.