Its Good to be the King: GA County Avoids Payment on Thirty Open Change Orders by Claiming Sovereign Immunity 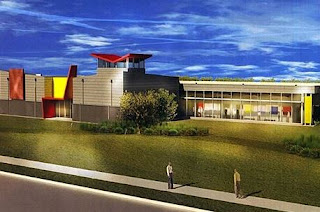 Fulton County, Georgia (County) entered into a contract with SOCO Construction Company, Inc. (SOCO) in 2013 to construct the Aviation Community Cultural Center.  The contract contained a performance period of 287 days from NTP or the start of the work, whichever came first.  The contract’s general conditions provided that changes in the performance period could be made due to changes in the scope of work, or delay events not the responsibility of SOCO. The specific change language required that, “the Contract Sum and the Contract Time may be changed only by approved Change Order pursuant to Fulton County Procedure 800-6…”

Fulton County Procedure 800-6 (800-6) requires that a change orders be a clearly defined “written, bilateral agreement” between the County and the Contractor.  800-6 allows for change orders for design deficiencies, unforeseen conditions, abnormal inclement weather, or owner directed changes to the work.  Additionally, 800-6 provides for “Extraordinary Circumstances” where the County Manager may execute change orders before the Board of Commissioners can act in the event of “delay to the critical path schedule.”

SCCO began construction of the project on May 29, 2013 and achieved substantial completion a year later on May 29, 2014.  SCCO claims that it could not achieve the performance period due to adverse weather, design driven delays, the untimely processing of change orders, and a federal government shutdown that impacted certain permits. As a result of these issues, the County’s program manager logged thirty change orders in its change log as of September 2014.  SCCO was not able to provide bilaterally executed copies of the open change orders and admitted than no extension of time had been given by the County.  Final retainage was withheld on the contract until January 2015 and an official Certificate of Substantial Completion was not issued until February 2015.  As a result, SOCO filed suit against the County for breach of contract and bad faith.

The County filed a motion for summary judgement which stated the court lacked subject matter jurisdiction due to sovereign immunity which the lower court rejected.  The County then appealed stating that although sovereign immunity may not apply to breach of contract actions, it was not waived for actions stemming from failure to follow change order procedures outlined within a contract.

To begin its analysis, the Court quoted the Georgia Constitution which states sovereign immunity is, “is hereby waived as to any action ex contractu for the breach of any written contract…” and “sovereign immunity of the [S]tate and its departments and agencies can only be waived by an Act of the General Assembly…” The Court then stated that the contract contained specific provisions for both obtaining a written change order and a means to bypass those provisions in the event of “extraordinary circumstances.” The lower court’s reasoning for rejecting the County’s motion for summary judgment was that SCCO change orders were required to avoid delay to the project schedule’s critical path which would fall under the “extraordinary circumstances” provision.

The Court rejected the lower court’s reasoning by pointing to the fact that the “extraordinary circumstances” provisions requires, “at a minimum” five specific procedures be followed which include a detailed description of scope and cost for the change, approval of the Purchasing agent, approval of the County Manager, 60 days after approval the change it shall be placed in the consent agenda, and timely processing of all change orders.  Of the thirty open change orders claimed by SCCO, none of them followed any of the five procedures the Court found.  The Court then referred back to previous rulings where it found sovereign immunity cannot be waived by the County’s actions outside of the written contract which would apply “to evidence [that] shows any agreements to extend did not meet the written contract requirement set forth in the applicable statute and constitutional provision relating to the waiver of sovereign immunity.”

Accordingly, the Court found it could not create an exception to the constitutional waiver of sovereign immunity due to SCCO’s reliance of the County’s requests for change orders or upon the County’s course of conduct. The Court remanded the case for further consideration.

Posted by The Side Letter at 9:37 PM No comments:

Arbitration continues to be the preferred method in the resolution of many construction dispute cases. Many residential general contractors and others working in the residential construction industry place a general arbitration agreement in their contracts in an effort to control the venue for dispute resolution. Because arbitration requires a written agreement, it is usually easier to  negotiate the terms of the arbitration before the dispute arises. Therefore, clients should be advised to give some attention to the language used when drafting such agreements to avoid costly disputes regarding the interpretation on the back end. Clients should also be advised to give attention to any state statutory schematics that may determine if a particular arbitration agreement is enforceable or not. So, what happens if you don’t want to arbitrate, or like many industry professionals, don’t pay attention to the paperwork? Do you still have to arbitrate, or can you force another party to do so?


The answer to those questions depends on the type of contract you are dealing with when it comes to residential construction. In Tennessee, Tennessee Code Annotated § 29-5-302 (a) governs arbitration agreements relative to residential construction. It states in pertinent part, “A written agreement to submit any existing controversy to arbitration or a provision in a written contract to submit to arbitration any controversy thereafter arising between the parties is valid, enforceable and irrevocable save upon such grounds as exist at law or in equity for the revocation of any contract; provided, that for contracts relating to farm property, structures or goods, or to property and structures utilized as a residence of a party, the clause providing for arbitration shall be additionally signed or initialed by the parties.” Tenn. Code Ann. § 29-5- 302(a). The legislature in the state of Tennessee, as in many other states, intended to try to ensure that parties to a written contract understand full well that by entering into a [residential] contract, they are agreeing to resolve future disputes by arbitration and are waiving their right to pursue claims in state or federal court. Hubert, et al. v. Turnberry Homes, LLC, No. M2005-00955-COA-R3-CV, 2006 Tenn. App. LEXIS 648, *22 (Tenn. Ct. App. 2006).

In the case of Hubert, et al. v. Turnberry Homes, LLC, the Plaintiffs hired Turnberry Homes to construct a new house for them. Id. at *2. Once the construction was finished, they were dissatisfied with the work, and they sued the builder. Id. Turnberry filed a motion to compel arbitration and to stay the litigation pursuant to the FAA. Id. at *3. As a part of its motion, Turnberry filed an affidavit which identified various areas of interstate commerce that the building project touched. Id. The trial court ultimately denied Turnberry’s motion. Id. at *4.

The Court of Appeals took up this exact issue in Wells v. Tennessee Home Safe Inspections, LLC. In that case, Ms. Wells entered into a contract and an addendum to the contract which was an agreement to arbitrate as part of her home inspection contract with Tennessee Home Safe Inspections (THSI). Wells v. Tenn. Home Safe Inspections, LLC, No. M2008-00224-COA-R3-CV, 2008 Tenn. App. LEXIS 802, *1-2, (Tenn. Ct. App. 2008). Ms.Wells signed the addendum, and her realtor signed as well; however, no representative from THSI signed the addendum. Id. at *2. Ms. Wells sued THSI when she purchased a home and used THSI as the inspector because they failed to identify some issues with the home. Id. THSI filed a motion to compel arbitration in the Circuit Court. Id. When that motion was denied by the court, it appealed to the Court of Appeals. Id. The Court distinguished this case from Turnberry when it held that, “there is nothing in the record to suggest that the home inspection contract at issue involved interstate commerce.” Id. at *8. Where there is no conflict between the FAA and the UAA or state statute, the state’s statute will apply to the arbitration agreement. Turnberry, 2006 Tenn. App. LEXIS 648 at *15. Therefore, the Wells Court held that that home inspections do not involve interstate commerce, and the FAA did not apply. Wells, 2008 Tenn. App. LEXIS 802 at *8. Where the FAA does not apply to an arbitration agreement, the state statute does apply. Turnberry, 2006 Tenn. App. LEXIS 648 at *15. Therefore, the Wells Court held that the heightened duty requirements set forth in Tennessee Code Annotated § 29-5-302(a) require that in contracts involving a party's residence, the arbitration clause must be "additionally signed or initialed by the parties." Wells 2008 Tenn. App. LEXIS 802 at *6. Because THSI failed to sign the arbitration agreement with Ms. Wells, the arbitration agreement was unenforceable and Ms. Wells did not have to submit to arbitration. Id. at *9.

Therefore, for those who want to make the most of the arbitration process, it is critically important for the client to know the type of contract that they are dealing with and what the statutes in your specific state say about enforcement. In Tennessee, the law is clear, the FAA will apply to purchase agreements involving interstate commerce, but in other agreements, that do not involve interstate commerce, the TUAA’s heightened duty requirements will apply to certain agreements involving residences…so to be on the safe side, make sure to have everyone sign the arbitration agreement.

Posted by Joe Imperiale at 10:11 AM No comments: