A Call for More Diversity in ADR Proceedings

A recent article reminds us of the need for more diversity in the ADR arena.   The article was posted on the website for the International Institute for Conflict Prevention & Resolution's (CPR), and was reprinted by CPR with permission of the Association of Corporate Counsel.

The article discusses the lack of diversity amongst neutrals in both mediation and arbitration.  Since ADR often serves as a substitute for litigation, the article calls the fairness of the process into question given the lack of diversity.  In addition, the article highlights the fact that there is wide public support for diversity in the judiciary, which has led to some improvement in that arena, but the concept has been largely ignored in the world of ADR.

The authors of the article stress the fact that diversity is accompanied by different perspectives, interpretations and problem-solving approaches.  People with different backgrounds and experiences (stemming from their race or gender) oftentimes find different ways to resolve disputes.

Since we as a Forum have been trying to push diversity, and since four of the five attorneys who manage this blog have never participated in ADR with a non-white or female neutral, suffice to say the topic seems pretty ripe for discussion.

We would be interested to know how many of our readers have actually participated in an arbitration or mediation with a neutral who was not a white male.  If so, please let us know if you have any reason to believe progress is actually being made in this regard.  What can we, the Construction Forum, do to increase diversity in the ADR process?  Does anyone think diversity is not an issue in the ADR process?

Email ThisBlogThis!Share to TwitterShare to FacebookShare to Pinterest
Labels: Diversity in ADR, Diversity in Construction Law

In August, the Supreme Court of South Carolina addressed the reach of the interstate-commerce requirement of the Federal Arbitration Act (FAA). Cape Romain Contractors v. Wando E., LLC, 747 S.E. 2d 461 (S.C. 2013).  It also addressed whether an Owner could compel arbitration of a lien-foreclosure action filed by a subcontractor.

Wando E. owns property along the Wando River. It hired Sean Barnes as its general contractor to build a marina along the river.  Barnes then subcontracted with Cape Romain Contractors to install pilings and a prefabricated, manufactured dock.

A dispute arose between Barnes and Cape Romain after the project engineer refused to certify further payments due to problems with Cape Romain's work, including angled pilings and misaligned dock sections. Cape Romain insisted its work was correct and argued that the manufacturer was at fault.  The dispute could not be resolved, so Cape Romain filed a $158,413.14 lien on Wando E.'s property.


Cape Romain filed a lawsuit against Barnes and Wando E., alleging breach of contract and seeking to foreclose on the lien.The subcontract between Barnes and Cape Romain was an AIA form contract that required arbitration of disputes.  Thus, Barnes sought to compel arbitration and dismissal of the court case.  For its part, Wando E. wanted to tag along with Barnes to arbitration.

The trial court, however, refused to compel arbitration. That court found that the contract between Barnes and Cape Romain did not impact interstate commerce sufficiently to "justify or trigger" application of the FAA.  The court also found that Wando E. could not compel arbitration with Cape Romain because they had not agreed to arbitrate and did not have a "special relationship" that justified applying the arbitration provision in the subcontract with Barnes.

The Supreme Court of South Carolina reversed on both issues.  To determine whether the FAA applied, the Court looked to decisions defining the extent of the Commerce Clause under the U.S. Constitution.  For commerce to be "interstate," the commerce either must use the "channels" of interstate commerce, use the "instrumentalities" of interstate commerce, or have a "substantial relation" to interstate commerce.  In this case, the Court held that all three prongs were satisfied -- the marina included raw materials originating in Ohio, Cape Romain used barges to bring materials up the Wando River through the Charleston Harbor (see the map, above), and the project was constructed in navigable waterways of the United States under a permit issued by the U.S. Army Corps of Engineers.

As to Wando E.'s attempt to compel arbitration, the court declined to reach the question as to whether the attempt was valid on its own.  Instead, the court pointed to Section 21.6 of the Barnes/Cape Romain contract, which allows for, "joinder [of] persons or entities substantially involved in a common question of law or fact whose presence is required if complete relief is to be accorded in an arbitration" so long as that other party consents to joinder.  Since Wando E. consented to joinder, the South Carolina Supreme Court held that Cape Romain could not preclude  Wando E. from joining.  The case was then remanded with a stay imposed in the litigation below.

Posted by Tony Lehman at 3:14 PM No comments:

The November 2013 edition can be accessed here.

Most importantly, it contains an article by our own Tony Lehman: Construction Basics: Betterment, Premium Costs, and First Costs.

It also contains the most recent news and announcements of the Forum on the Construction Industry.
Posted by Tom Dunn at 3:03 PM No comments:

Email ThisBlogThis!Share to TwitterShare to FacebookShare to Pinterest
Labels: Forum Publications; Under Construction 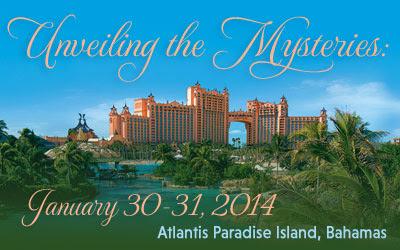 As part of my Membership Committee responsibilities (I am the Division 1 liaison), I just did a post on the Forum's LinkedIn page regarding the midwinter meeting. The room rates are excellent and I am sure that it will book up quickly. We want to make sure D1 has a big turnout for this program.

Visit the Forum's page to view the brochure or register.
Posted by Tom Dunn at 9:05 AM 2 comments:


The American Arbitration Association has given parties a new appellate option for arbitral awards. Effective November 1, the AAA's Optional Appellate Arbitration Rules permit parties to agree to an appeal within arbitration process itself.

Parties may appeal an arbitral award based on several grounds, including whether the award is based on material errors of law or clearly erroneous determinations of fact. Arbitral appeals are determined on the parties' written submissions, without oral argument.

For additional information, please refer to the AAA's website.

For some, a benefit of arbitration over litigation is the relatively low risk that an award will be challenged successfully during confirmation. Others have started avoiding arbitration in recent years due to this lack of appellate review.

As construction practitioners, is the option of an appeal in arbitration proceedings attractive?

Email ThisBlogThis!Share to TwitterShare to FacebookShare to Pinterest
Labels: Arbitration

In Sullivan v. Pulte Home Corp., 306 P. 3d 1 (Ariz. 2013), the Arizona Supreme Court considered whether the economic loss rule should apply to a claim for negligent construction raised by the second purchaser of a house. 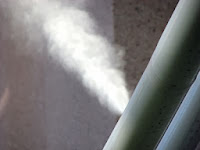 The Sullivans purchased their home from the original purchaser three years after the house was finished and occupied. Six years later, the Sullivans discovered problems with a retaining wall in the backyard.  The Sullivans notified Pulte regarding the issue, but Pulte disclaimed any responsibility for the issue.  In response, the Sullivans sued Pulte and alleged consumer fraud, negligent nondisclosure, negligence per se, negligent misrepresentation, and breach of implied warranty.

The trial court dismissed the entire lawsuit.  According to the trial court, Arizona's eight-year statute of repose barred the warranty claim (which was asserted nine years after the original purchase). The economic loss rule barred the remaining tort claims.  The Court of Appeals reversed the trial court's decision as to certain negligence claims.

The Arizona Supreme Court agreed with the Court of Appeals, noting that the Sullivans never entered into any contracts with Pulte directly.  Even though the Sullivans had contractual remedies available to them had they filed suit prior to the expiration of the statute of repose, the Sullivans did not have the opportunity to negotiate the scope of any warranties that might otherwise have barred the tort claims.  As a result, the Court held that the proper outcome in this case was to allow the Sullivans' tort claims to proceed to discovery and adjudication.
Posted by Tony Lehman at 11:02 AM 1 comment: