ADR Tip -- If a client presents you with an arbitration clause that identifies rules or an administrator that are unknown or unfamiliar, the arbitration agreement could be void. 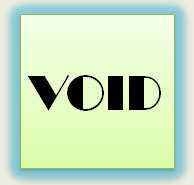 The arbitration agreements were not enforced because there were lack of arbitration rules and procedures in place to conduct a fair arbitration process.

The link to the Article is http://apps.americanbar.org/litigation/committees/adr/articles/spring2015-0515-young-lawyers-recognizing-sham-agreements.html.