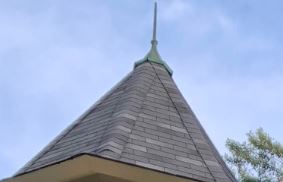 The Rhode Island Supreme Court recently weighed in on the application of the economic loss doctrine to a construction dispute between two commercial entities. In Hexagon Holdings, Inc. v. Carlisle Syntec Inc. et al, --A.3d-- (Jan. 17, 2019 R.I.), the Court's majority framed the question as whether "the owner of a commercial building may circumvent [its] contractual privity with a general contractor by suing the subcontractor to evade application of the economic loss doctrine." The Court "answer[ed] this question in the negative." Accordingly, the Court affirmed that "summary judgment was appropriate as to [the owner]’s claim for negligence against [the subcontractor].")

The underlying issue in this case was a leaking roof.  Hexagon Holdings, Inc. ("Owner") had contracted with A/Z Corporation ("General Contractor") to build a facility at a business park in Rhode Island. The General Contractor in turn subcontracted with McKenna Roofing & Construction, Inc. ("Subcontractor") to install a specified roofing system manufactured by Carlisle Syntec Inc. The roofing began leaking immediately. Owner later sued the Subcontractor in contract and tort alleging that the roof was not properly installed and therefore sought to recover the cost of replacing the roof.  Owner opted not sue the General Contractor noting as its reasons: "judicial efficiency and not choosing to damage a relationship with somebody that [it] had a positive relationship with." The Subcontractor moved for summary judgment relying on the lack of privity (and that the Owner was not a third-party beneficiary of the roofing subcontract) to dismiss the claims sounding in contract and warranty and relying on the economic loss doctrine to dismiss the negligence claim. The Superior Court granted the Subcontractor's motion. The Owner appealed.

With respect to the contract and warranty claims, the Supreme Court agreed with the Superior Court - there was not sufficient evidence in the record creating a question of fact that the Owner was an intended as opposed to incidental beneficiary of the Subcontract.  Accordingly, the Court held that the contract claims were properly dismissed.  Note that there was a dissent that the Owner's third-party beneficiary status actually was a "triable issue of fact" based upon the information in the record.