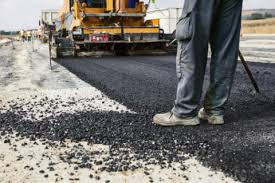 The timing of bond claims is the focus of the dispute in Devin Strickland v. Arch Insurance Company which was recently ruled upon by the Eleventh Circuit Court of Appeals. The plaintiff was Devin Strickland (Strickland), a supplier of sand to Douglas Asphalt Paving Company (Douglas) on a Georgia Department of Transportation (GDOT) road improvement project.  Douglas held a contract with the GDOT that included GDOT’s standard specifications which required: 1) the Contractor to provide repairs to the work until final written acceptance by GDOT; and 2) furnish documentation of payment to all material suppliers. Defendant Arch issued a payment bond to Douglas in 2003.  In 2007, the GDOT found Douglas to be in default and terminated its contract thus forcing Arch to hire a third party to complete the balance of the work.  Strickland did not provide any materials for the project after Douglas was terminated.

GDOT determined the work was substantially complete in August of 2010 and the following month a final inspection was performed which generated a punchlist for the third-party contractor to complete. The punchlist was completed in September of 2011 and Arch requested GDOT accept the project for maintenance citing the project had been 1) open to unrestricted traffic; 2) punchlist items were complete; and 3) all outstanding payments had been settled.  In February 2012, an area GDOT engineer requested that GDOT accept maintenance responsibilities which was granted in March 2012 retroactively to September of 2011.  Arch received semi-final payment in July of 2012.

In September 2012, Strickland sent a demand letter to Arch on Douglas’s payment bond.  Arch acknowledged the claim and requested further documentation which went unanswered by Strickland.  In 2014, Strickland learned from a GDOT engineer that the project was about to be closed and it needed to file any claims immediately, which Strickland did in August of 2014.  In September of 2014, GDOT issued its letter of final acceptance stating the project had been accepted since April 2012.

At trial, the court granted summary judgement for Arch due to Georgia’s one year statute of limitations having run on Strickland’s bond claim.  Strickland appealed.

The Court of Appeals began its analysis by pointing to the Georgia statute that states “[n]o action can be instituted on payment bonds or security deposits after one year from the completion of the contract and the acceptance of the public works construction by the proper public authorities.” O.C.G.A. § 13-10-65.  Additionally, the Court defined the start of the one-year period as “[commencing] at the completion of the actual construction work and acceptance thereof by the public authority.” U.S.F. & G. Co. v. Rome Concrete Pipe Co., 353 S.E.2d 15, 16 (1987)

Strickland presented three arguments to the Court.  The first was that the project was not completed until 2014 because GDOT’s standard specification contained language that a contractor had a repair requirement until final written acceptance of the work, which happened in September of 2014. Strickland’s second argument was that a genuine dispute of material existed due to the GDOT engineer’s email to Strickland that stated the project had “not received final acceptance and approval.” Finally, Strickland argued that the statute of limitations had not run on the payment bond and it remained in “full force and effect” until every supplier on the project was paid by the contractor.  The Court rejected each of these arguments.

Strickland’s first argument was rejected by the Court because it determined the project was substantially completed in 2010 when Arch requested GDOT’s final inspection and when the punch list items were completed in September 2011.  By any interpretation of Georgia’s definition of project completion, Strickland was outside of the one year statute of limitations when it filed its bond claim.

The Court further ruled that the GDOT engineer’s email to Strickland in 2014 stated the project had not received final acceptance and approval, but the engineer was only referencing final “written final acceptance.”  The two year gap between Archer’s semi-final payment in 2012 and final acceptance in 2014 was explained by GDOT because it was awaiting and processing test results before it could complete the project, a GDOT administrative function.  Georgia’s definition of completion of “actual construction work” does not rely upon such administrative functions.

The Court affirmed the lower court’s ruling that the statute of limitations had run on Strickland’s bond claims.