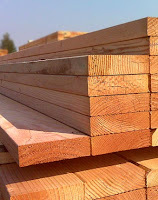 The Plaintiff in Pinecone Construction, Inc. v. Kamala Sridhar & another was a residential builder who contracted with the husband and wife defendants to build an addition to their home.  After only a few months of construction, the defendants terminated the contract due to multiple code violations and breaches of the contract by the plaintiff.  Consequently, the plaintiff filed suit in Superior Court claiming breach of contract and quantum meruit for the work it performed and the defendant then filed a series of counter claims.  After a bench trial, the plaintiff prevailed on its quantum meruit claim, but the judge found for the defendants on the breach of contract claim.  Furthermore, the trial judge found for the defendants on their breach of contract counterclaim, breach of covenant of good faith and fair dealing claim, their request to dissolve the mechanic’s lien, and for violations of the consumer protection statute thus awarding treble damages and attorney’s fees.  Both parties appealed the judgments.

The Court began its review of the quantum meruit award by examining the trial judge’s findings.  The trial judge identified that quantum meruit is based in quasi-contract and its underlying basis is “unjust enrichment of one party and unjust detriment of the other party.” Liss v. Studeny, 450 Mass. 473, 479-482 (2008), quoting Salamon v. [Terra], 394 Mass. 857, 859 (1985).   Additionally, the trial judge found that a quantum meruit claim requires both, “good faith and substantial performance of the contract.” J.A. Sullivan Corp. v. Commonwealth, 397 Mass. 789, 796 (1986).  Finally, the trial court identified that, “that an intentional departure from the precise requirements of the contract is not consistent with good faith . . . and unless such departure is so trifling as to fall within the rule de minimus, it bars all recovery." [emphasis added] Andre v. Maguire, 305 Mass. 515, 516 (1940).

The Court found the trial judge’s decisions to be “circular reasoning” as any “any benefit or enrichment the defendants received from the plaintiff's work is irrelevant if the plaintiff failed to show both good faith and substantial performance of the contract, as was reasonably determined here." [emphasis added] See Andre, 305 Mass. at 516.

Accordingly, the Court overturned the quantum meruit award and then affirmed all of the other trial judge’s decisions.