Massachusetts Appeals Court: GC’s Non-Payment for a Scope Dispute with Subcontractor is a Willful Act, but not an Intentional One 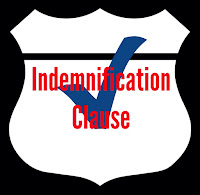 The Court began its summary judgment analysis by examining indemnity agreements in Massachusetts by stating that, “[i]ndemnity agreements "are to be fairly and reasonably construed in order to ascertain the intention of the parties and to effectuate the purpose sought to be accomplished."” Shea v. Bay State Gas Co., 383 Mass. 218, 222 (1981)

The Court next presented the prime contract’s indemnification agreement in dispute:

"The [c]ontractor hereby agrees to and shall at all times defend, indemnify and hold the [c]ity…wholly harmless from any and all losses, cost, expenses..,claims, demands, suits by any person or persons, injuries, damages or death, and other liabilities of whatever kind or nature, caused by, resulting from, incident to, connected with, or arising directly or indirectly out of the negligent or willful act or omission by the [c]ontractor, any [s]ubcontractor, anyone directly or indirectly employed by any of them or anyone for whose acts any of them may be liable whether or not caused in part by any act or neglect on the part of the [c]ity, its officers, employees, agents or servants, or others, including parties indemnified hereunder. This indemnity shall survive termination of the contract.”
The Court reviewed the lower court’s ruling on the above indemnity language where the lower court found there was “no ambiguity in this extremely broad indemnification clause” which it interpreted to mean that willful is intentional, but it does not necessarily imply a “malicious motive.”  Consequently, the lower court found an indemnity right existed because the plaintiff’s claims arose out of: 1) its direction to its subcontractor to perform the disputed scope; or 2) the subcontractor’s intentional act of actually performing the work.

The Court stated that such an interpretation of the indemnity clause might be correct if the defendant was seeking indemnity for a tort, personal injury, or property action resulting from the activities of the plaintiff or its subcontractor.  The Court further stated that the plain language of the provision would not limit such an interpretation as it does not “expressly tie the city’s indemnity right to damage of a person or property caused by the work to be performed” or limits damages to specific types of actions or omissions, or even further explicitly excludes payment terms.  The Court found the provision “unusually broad” and it specifically identified the phrase “arising directly or indirectly out of the negligent or willful act or omission” as ambiguous.

The Court also questioned whether the plaintiff’s actions of: 1) performing, or directing its subcontractor to perform the work was within its contractual obligation for the contemplated work; and 2) if performance of such an obligation would be considered “willful” within the context of the indemnity agreement, thus requiring the plaintiff to indemnify the defendant against the plaintiff’s own claims for payment.  The Court examined the meaning of the word “willful” and stated it could be synonymous with “intentional” or “deliberate” depending upon the circumstances, but “we question whether intentional or deliberate actions are necessarily willful in the instant context, where willfulness will arguably trigger an indemnity right as to payment claims arising from the very same acts alleged to be willful.”

Accordingly, the Court overturned the motion for summary judgement stating that it disagreed with the legal determination that “willful” within the indemnification clause was unambiguous and synonymous with intentional.