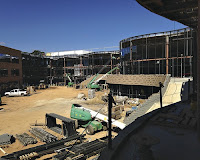 In an effort to protect subcontractors on public works projects, the District of Columbia joined other states in enacting a statutory structure entitled the ‘District of Columbia Little Miller Act’ (DCLMA).  This and the other Little Miller Acts throughout the country are modeled after the Federal Miller Act which requires a general contractor on a public works project to secure a payment bond before work can commence on a project.  The intent of the Little Miller Acts is to provide subcontractors who do not received full payment from a general contractor a means to recover when a mechanic’s lien is not available due to the owner’s sovereign immunity protection.  Like the Federal Miller Act, the DCLMA has a 90 day accrual window from the last day of labor or material furnished until a subcontractor or supplier can submit a claim on a payment bond if full payment is not received.  This 90 day accrual period is to ensure a prompt resolution for the subcontractor.  In Strittmatter Metro,LLC v. Fidelity and Deposit Company of Maryland et al, U.S. District Court for D.C. ruled on whether a DCLMA payment bond claimant must exhaust dispute resolution procedures set out in the prime contract between the owner and general contractor before it can recover for non-payment.

The plaintiff in Strittmatter is a site contractor who was contracted by a general contractor (GC) for work at the Ballou Senior High School in the amount of $4.9 million.  The Master Subcontract Agreement contained provisions allowing for the expansion of the scope of work as the project progressed. The plaintiff claims that it performed its contractual scope of work and is owed additional payments in excess of $1.2 million and has made a claim on the GC furnished payment bond in accordance with the DCLMA.  The GC’s prime contract with the District contains dispute resolution procedures which include mandatory mediation. If mediation fails, all disputes are then brought to the District of Columbia’s Board of Contract Appeals.  The GC has initiated a claim against the District and entered into this mediation.  The GC’s claim is inclusive of the plaintiff’s $1.2 million claim as well. The defendant is the payment bond issuer and has submitted a motion to dismiss or stay the DCLMA action pending resolution of the GC’s claim with the District.

The defendant argues that due to a clause in the plaintiff’s subcontract which fully integrates the terms of GC’s prime contract, the plaintiff must enter into the mediation and District of Columbia’s Board of Contract Appeals procedures outlined in the GC’s contract.  To counter, the plaintiff points to a clause in the prime contract that states the District is not in privity with any subcontractors and as such subcontractors cannot seek compensation from the District.  Plaintiff contends that as a result of this, it is not possible for it to enter into a dispute resolution procedure that is not available to it. The Court reviewed Miller Act case law and found that the intent of the Miller Act is to deal with this lack of privity between the government and a subcontractor; the payment bond is there to bridge that gap and protect the subcontractor.  The Court further found that the District’s prime contract language disavowing subcontractor claims and payment only further proves the intent of the Miller Act. Accordingly, the court rejected the requirement that the plaintiff enter into mandatory dispute resolution procedures before initiating a DCLMA claim.

The Court next reviewed the defendant’s assertion that the plaintiff must await the completion of the GC’s dispute resolution procedures with the District before it can present a DCLMA claim.  The Court too rejected this argument by stating that the plaintiff lacks control over any proceeding involving the GC and District, even with the inclusion of the plaintiff’s $1.2 million claim.  The Court reasoned that such waiting period is counter to the “express purpose of the DCLMA to provide a prompt remedy to an aggrieved subcontractor.” If the plaintiff were required to wait for the GC’s dispute resolution process to complete, and the GC did not prevail with plaintiff’s claim, the Court mused the plaintiff might be put in a situation where it would statutorily time barred from recovery under the DCLMA.  Putting a subcontractor in such a situation would once again run counter to the intent of the Miller Act.

Accordingly, the Court denied the Defendant’s Motion to Dismiss or Stay the Proceeding.

------------------
The author, Brendan Carter, is a contributor to The Dispute Resolver and a former Student Division Liaison to the Forum on Construction Law.  He is an attorney and a Senior Consultant with Navigant’s Global Construction Practice based in Boston, MA.  He may be contacted at 617.748.8311 or brendan.carter@navigant.com
Posted by The Side Letter at 9:52 PM