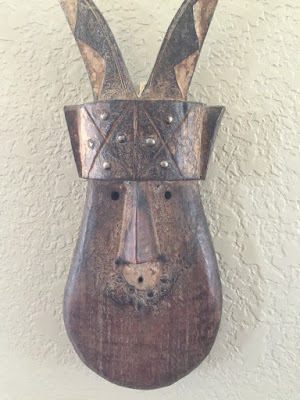 The Scenario: A sole proprietorship carpenter who has a successful luxury home renovation business calls you and asks for help perfecting a mechanic's lien in her state.  You say absolutely and send off your standard form of engagement letter with a list of documents/information you need to prepare the lien paperwork.

The carpenter calls back saying that he just needs the lien paperwork filled out and he will handle all the filings including filing the action in Court.

Can you do what the client is asking under the applicable civil rules of procedure and rules of professional responsibility?

The issue of attorney ghostwriting for pro se litigants was recently decided by the Rhode Island Supreme Court in FIA Card Services, N.A. v. Pichette, Nos. 2012-272-Appeal, 2013-156-Appeal, 2013-157-Appeal (R.I. June 8, 2015).  The Court consolidated three cases where three different attorneys had been sanctioned by the trial court for ghostwriting pro se litigants' pleadings.  There were two issues considered by the Supreme Court:
Rule 11 Is Not Violated By Ghostwriting

Following a line of federal court cases that condemn ghostwriting as a violation of Rule 11, the Trial Court issued sanctions against two of the attorney appellants because such conduct violated the purpose of the rule.  Construing the language of Rhode Island Superior Court Rule of Procedure, Rule 11 (based off of the 1983 version of Fed. R. Civ. P. R. 11), one of the hearing justices wrote:


While this language might be read to suggest that a non-signing attorney cannot be sanctioned under Rule 11, the [c]ourt finds that this reading runs contrary to the clear intent of Rule 11, which is to enforce an attorney's ethical obligations of candor and honesty in interactions with the tribunal.


[T]he linchpin of Rule 11 is its signature requirement. This signature provides the vehicle through which courts may reach attorneys or litigants to impose sanctions, if necessary, for misconduct in the submission of signed papers during the litigation process.

FIA Card Services, at *14.  Thus, because each of the appellant attorneys did not sign the pleadings presented by the pro se litigants, the Supreme Court vacated the Rule 11 sanctions issued against the three attorneys.

Undisclosed Ghostwriting Is Prohibited In RI (but check your state)

Limited attorney client engagements are permitted in Rhode Island by Rule of Professional Conduct Rule 1.2(c).  Mirrored after the ABA's Model Rules of Professional Conduct, Rule 1.2(c) "allows that '[a] lawyer may limit the scope of the representation if the limitation is reasonable under the circumstances and the client gives informed consent.'" FIA Card Services, at *19.

The Court engaged in a thoughtful analysis of whether an attorney providing ghostwriting services is dishonest (MRCP R. 8.2) and/or violates the duty of candor to the tribunal/opposing party.  It cited repeatedly the ABA's Formal Opinion 07-446, Undisclosed Legal Assistance to Pro Se Litigants (May 5, 2007), which surveyed different jurisdictions and concluded "that there is no prohibition in the Model Rules of Professional Conduct against undisclosed assistance to pro se litigants, as long as the lawyer does not do so in a manner that violates rules that otherwise would apply to the lawyer's conduct." ABA Formal Opinion 07-446, p. 4.

The Court noted different paths taken by jurisdictions:
Recognizing the need for "clear guidelines to assist practitioners navigating these murky waters[,]" the Court "declar[ed] the policy in [Rhode Island] courts to be as follows:
FIA Card Services, at *21-23 (bold font and bullet points not in the original).  Departing from its neighboring states, the Rhode Island high court believed "full disclosure of the attorney's involvement, albeit limited, is the better practice" because a drafting attorney ". . . should be held to imparts the same standard of good faith as an attorney of record." FIA Card Services, at *23.

The answer to the initial questions raised in the scenario above, of course, is "it depends."  What if you are in a state that has not decided the issue?  While the Rhode Island Supreme Court heavily cited the ABA Formal Opinion, it chose not to follow it.

As demand increases to grow for limited-scope or "un-bundled" representation, these issues should become more uniform across state-lines.  Until then, it is particularly important to consult the rules of each state in which you practice before agreeing to be the man or woman behind the mask.

-----
The author, Tom Dunn, is one of The Dispute Resolver's Co-Editors. Tom practices construction law and complex business litigation in Rhode Island and Massachusetts.  He is a partner at Pierce Atwood, LLP. He also serves on the Steering Committee for Division 1 of the Forum on Construction Law, the Associate Editor of Under Construction, the Forum on Construction Law's newsletter, and is involved in the Forum's Publications and Membership Committees.   Tom can be contacted at 401-490-3418 or rtdunn@PierceAtwood.com.
Posted by Tom Dunn at 10:37 AM