Every year at the Annual Meeting, the attendees convene for the Forum's Annual Business Meeting during our lunch on the Thursday of the meeting. This year was no different, of course, as we convened in a ballroom to install our new Governing Committee members and Division Chairs (including our new chair for Division 1) and hand out awards and thank yous for those people who edited books published in the past bar year or who chaired national or regional Forum events.

Here's a photo of outgoing Chair Terry Brookie leading the meeting this year. 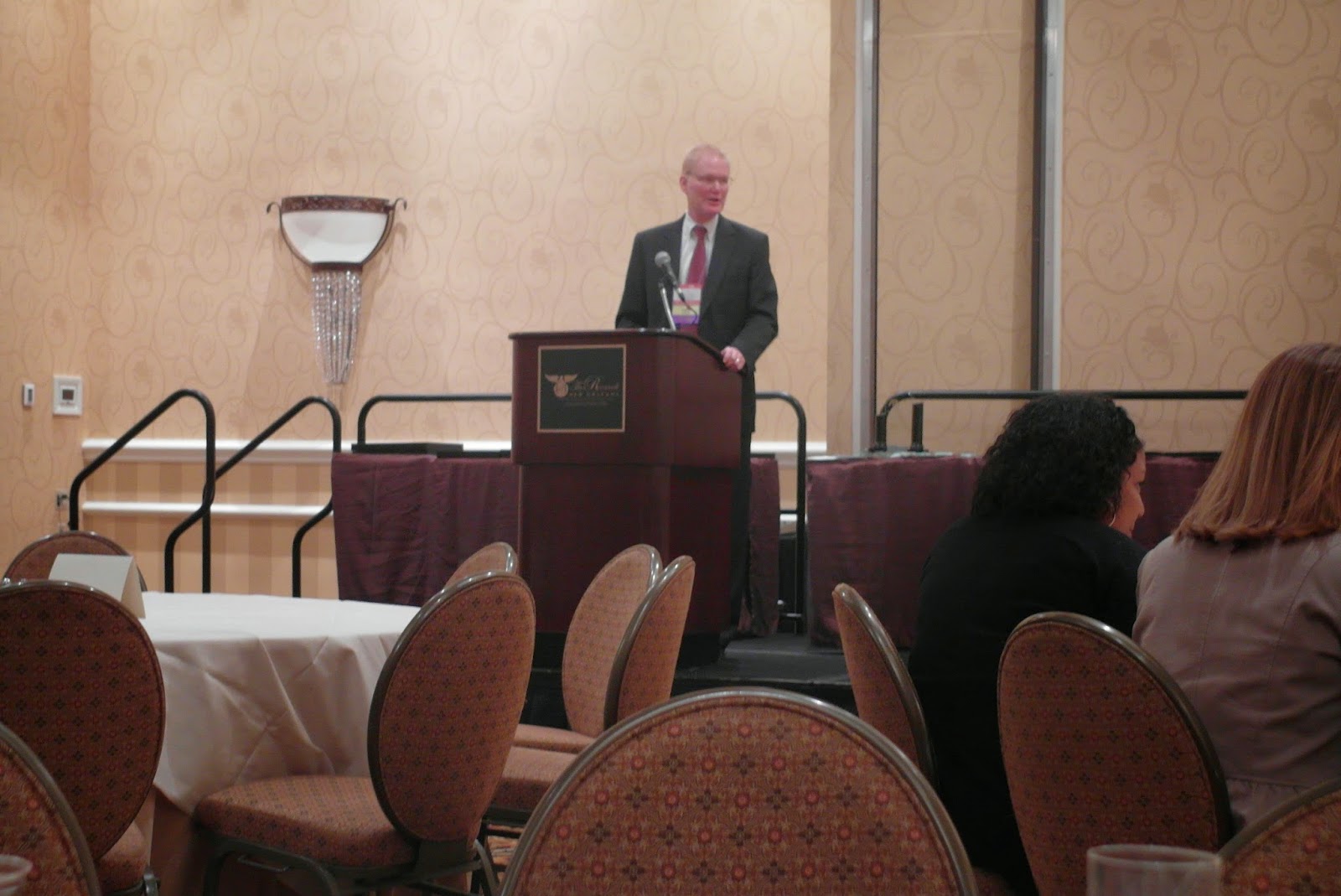 From time to time, the Forum Governing Committee determines that an individual should be honored for his or her lifetime of achievements and contributions to the Forum.  This award is known as the Cornerstone Award.  It is not awarded every year, and it is only awarded to those who have truly given back to the construction law profession through their service, activity, and scholarship in the field.  Past winners of the Cornerstone Award are a veritable "Who's Who" of construction law; a list of the awardees through 2013 is available on the ABA Website here.

This year, Doug Oles of Oles Morrison Rinker Baker LLP in Seattle had the privilege to introduce the latest winner of the Cornerstone Award, A. Holt Gwyn of Conner Gwyn Schenck PLLC in Greensboro, North Carolina.

The video below is Doug's introduction and gentle roasting prior to Holt's acceptance of the award.  Doug could have continued on for much longer if he had chosen to mention all of the awards that Holt has earned through his distinguished career, but he did abbreviate somewhat.


Here is Holt's humble acceptance of the award.


And my apologies for the shakiness of the videos at times.
Posted by Tony Lehman at 11:05 AM