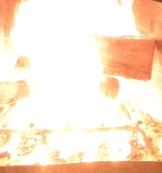 The Supreme Judicial Court of Massachusetts in Bridgwood v. A.J. Wood Construction, Inc., 2018 WL 4100644 (Mass. 2018) held that statute of repose barred the homeowner's claims that the defendant contractor and subcontractor had committed unfair or deceptive acts (per Mass. Gen. Law c. 93A, s. 2) by failing to perform electrical work in compliance with statutory building and home improvement standards.
In 2001, the Newburyport, MA homeowner contracted for a renovation including the replacement of several ceiling light fixtures.  The defendants failed to obtain the proper permits to do so nor arranged for an inspection of the electrical wiring.  This electrical work was not performed to code, but the homeowner was unaware of the non-compliance until the concealed wiring caused a substantial fire in and damage in 2012.  The homeowner filed suit in 2016.
In Massachusetts, home improvement contractors are governed, in part, by Mass. Gen. Law c. 142A, s. 1 et seq.  Mass. Gen. Law c. 142A, s. 17 lists a number of prohibited acts including: "violation of the building laws of the commonwealth or of any political subdivision thereof."  Id. c. 142A, s. 17(10).  This law has some teeth because "[v]iolations of any of the provisions of this chapter shall constitute an unfair or deceptive act under the provisions of [Mass. Gen. Law c. 93A]," which carries penalties in addition to direct damages, including the potential for double and treble damages along with attorneys fees.  Here, the Bridgwood homeowner "claim[ed] that the defendants failed to perform the electrical work in compliance with those standards and, therefore, committed unfair or deceptive acts." Bridgwood, 2018 WL 4100644, at *2.
For their part defendants argued the homeowner's claim was barred by Massachusetts's 6-year statute of repose of tort claims set forth in Mass.  Gen. Law. c. 260, s. 2B.  The statute of repose is not tolled until the cause of action accrues.  Rather, in Massachusetts, the statutory trigger is substantial completion of the project or when the work is "open[] for use." Id.
The homeowner disputed the application of the statute of repose, instead arguing that only the 4-year statute of limitation under c. 93A, triggered "when the cause of action accrued," is the controlling timeline.  The homeowner emphasized that "because the relief available under G. L. c. 93A is 'sui generis,' neither wholly tortious nor wholly contractual in nature, the [tort-based] statute of repose does not apply." Bridgwood, 2018 WL 4100644, at *4.

The Court disagreed explaining first that a "plaintiff to avoid the statute of repose by relabeling what is essentially a tort claim as a claim under [ ] c. 93A" and instead courts must look at the "gist of the action" to determine whether tort or contract based.  Bridgwood, 2018 WL 4100644, at *4.  Here because the homeowner's "claim is essentially that the defendants failed to perform the electrical work in compliance with the standards set forth in [a state statute and building code], [i]t is indistinguishable from a claim of negligence. Therefore, it sounds in tort and, having been commenced well beyond the six-year deadline, is barred by [the statute of repose]." Id.

The Chief Justice filed a dissent  joined by two other justices that rejected the majority's analyses of c. 93A caselaw and disputed that the legislature intended (or even contemplated) that the prior-enacted statute of repose would control the later-enacted consumer protection statutes.

-------------------
Katharine Kohm, Esq. is a committee member for The Dispute Resolver.  She practices construction law at Pierce Atwood, LLP in Providence, Rhode Island.

Email ThisBlogThis!Share to TwitterShare to FacebookShare to Pinterest
Labels: 93A, code, contractor, Massachusetts, statute of repose, subcontractor, unfair and deceptive