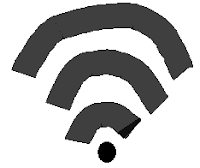 In G4S Tech. LLC vs. Mass. Tech. Park Corp., SJC-12397, -- N.E.2d --, (Mass. June 13, 2018) the Supreme Judicial Court of Massachusetts clarified that to recover under the contract itself “complete and strict performance requirements” only applies to the provisions regarding “the design and construction work," but that for breaches of other provisions ordinary contract principles of materiality control.  The Supreme Judicial Court also overturned a line of cases that established the rule that intentional violations of contract provisions “precluded a finding of good faith to fully perform,” barring quantum meruit claims.  The Supreme Judicial Court articulated its new rule, “that intentional breaches, even those involving material breaches, alone are not dispositive of the right to equitable relief, at least when such breaches do not relate to the construction work itself.”

This contract dispute arose from a construction project to build a fiber optic network spanning 1,200 miles and 123 communities throughout western and central Massachusetts.  Massachusetts Technology Park Corporation (MTPC) received funding for this project from both state and federal government funding. MTPC awarded G4S Tech. LLC (G4S) the design-build project for a total contract value of $45.5 million.  Due to restraints imposed by the federal government based on its funding, the project had to be completed within a certain period of time. Thus the contract had several provisions regarding G4S’s liability and responsibility for not completing specified portions of the project by specific deadlines.  The project was completed over one year after the specified project deadline, however, the facts are disputed as to whether GS4 or MTPC was at fault for the delay.  Due to the delays in completion, MTPC refused to pay G4S the last $4 million owed under the contract,  withholding the amount as liquidated damages for the delays.  Further, MTPC later discovered that G4S violated a provision requiring that the subcontractors be paid on time, instead G4S delayed paying subcontractors until after their fiscal quarters closed, to show “a more favorable cash flow in its quarterly reports.”  G4S brought claims under breach of contract and quantum meruit theories, MTPC then brought a fraud claim against G4S.

Massachusetts’s rule for performance of construction contract terms is “that a contractor cannot recover on the contract itself without showing complete and strict performance of all its terms…” G4S argued that this rule was outdated and the Supreme Judicial Court should adopt the “materiality rule” per the Restatement (Second) of Contracts.  While the Supreme Judicial Court declined a wholesale adoption of the Restatement, it did clarify that this rule is limited only to “the design and construction work” and that other provisions “should be analyzed pursuant to ordinary contract principles, including the materiality standard[.]"  That said, in this case, the complete and strict performance requirement controlled because “paying subcontractors on time was an essential and inducing feature of the contract between MTPC and G4S.”  The Court noted that a public works project "prompt" payment is a "legislative purpose" and the Recovery Act's purpose, under which this project was funded, was to maximize jobs and improve the economy. By not properly paying the subcontractors, G4S was clearly frustrating that purpose.  The Supreme Judicial Court subsequently upheld the trial court’s granting of summary judgment to MTPC as to the contract claim.

Turning to G4S’s quantum meruit claim, historically, a line of Massachusetts cases supported the rule that “[g]enerally, ‘[i]n the absence of special exculpating circumstances and intentional departure from the precise requirements of the contract is not consistent with good faith in the endeavor fully to perform it, and unless such departure is so trifling as to fall within the rule de minimis, it bars all recovery.’”  The Supreme Judicial Court decided, after sources have long criticized and questioned the rule, that “intentional breaches, even those involving material breaches, alone are not dispositive of the right to equitable relief, at least when such breaches do not relate to the construction work itself.”  Under this new rule, the Supreme Judicial Court reversed the granting of summary judgment to MTPC as to the quantum meruit claim due to disputed factual questions as to which party caused the delay in completion of the project.

-------------------
Katharine Kohm, Esq. is a committee member for The Dispute Resolver.  She practices construction law at Pierce Atwood, LLP in Providence, Rhode Island.  She thanks Brenna Riley, a rising 3L at Roger Williams University in Bristol, Rhode Island, for this noteworthy case review.
Posted by Katharine E. Kohm at 5:15 PM