Are Your Punch Lists Signed Off and O&Ms Submitted? NJ Court Rules not Delivering all Closeout Items Could be a Basis for Withholding Final Payment for Over Two Years 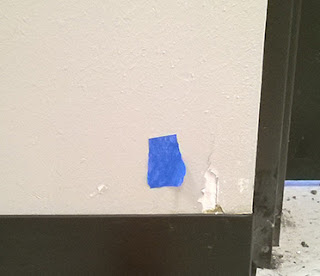 General Contractor Wallace Brothers, Inc. (Wallace) entered into a contract with the East Brunswick Board of Education (Board) for the construction of the New Memorial School in the amount of $18,233,000.  During the course of the project, the Board paid Wallace a total of $19,713,664.11 through the change process. Even though the school had been in use by the Board for two years, it was holding a contract balance of $366,130.26 that it refused to issue to Wallace.  The Board claimed that it had issued several punch lists for Wallace to complete but were still outstanding.  Conversely, Wallace claimed that it did not receive a final punch list from the Board until this current action was initiated. The trial court granted summary judgment to Wallace finding that the Board had delayed the issuance of punch lists and then only provided punch lists full of maintenance related items wholly separate from the contract.  The Board appealed.

As there were numerous material facts disputed at trial, the Court began its analysis by reviewing some of the conflicted details.  At trial, the Board presented evidence that its architect issued two signed Certificates of Substantial Completion, one in November 2012 and another in October 2013.  In the certificates, the architect struck language from the forms that denoted a punch list was enclosed.  The architect claimed that the strike-through merely represented that the punch list was not attached. Wallace countered the strike-through language meant that construction was in fact complete.

The Board further claimed Wallace was issued a punch list in April 2013, before litigation ensued in March 2014. That April 2013 punch list was referred to as the “Final Punch List” by the architect and it contained about 300 yet to be completed items.  Updates to this punch list were released in August 2013, October 2013, and November 2014.  Items that remained on the updates included:

The trial court was not swayed by the Board’s argument on the April 2013 punch list or its contents stating that its items were “maintenance things that would occur in the ordinary course of using the premises, but basically it sounds like you're holding their money hostage to make them come and do repairs that they would not have been called upon to do.”

Notwithstanding the above, the Board additionally argued that the trial court had disregarded material disputes of fact such as the final payment balance contained almost $56,000 worth of back charges and approximately $170,000 of liens on the project.   Wallace’s contract required it to refund any lien amounts back to the Board.  The Board further stated it was within its rights to withhold the contract balance as the trial court ignored the fact that contractually required close out documents such as “proof of payment of all vendors, proof of insurance, subcontractor waivers, recorded drawings, proof of tests and inspections, and the maintenance package containing manufacturers' warranties” were never submitted by Wallace to the Board.  Finally, the Board pointed to the November 2014 punch list which denoted $163,890 worth of work remained and the architect had yet to issue its final Certification for Payment, which is a condition precedent for final release of all contract sums per Wallace’s contract.

Ultimately, the Court reversed and remanded finding that there were material facts in dispute as to whether Wallace fully completed the contract.