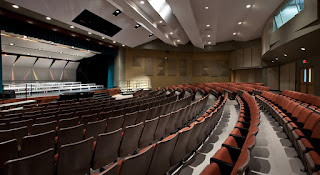 The case of D.W. Wilburn, Inc. v. K. Norman Berry Assocs. involves a dispute stemming from a project for the renovation of the North Oldham High School in Goshen, Kentucky. The defendant was the project’s architect who was contracted by the Oldham County Board of Education to provide design and construction administration services for the project.  The plaintiff was a general contractor who contracted with the Board for the four phases of construction with a completion date of May 31, 2009.  The general contract contained four fairly common payment provisions: 1) executed change orders must be signed by the architect; 2) claims for extra costs must be submitted within 21 days of the event giving rise to the claim; 3) executed changes resolved all claims related to that change; and 4) acceptance of final payment by the contract constituted a waiver of all claims not previously submitted to the owner at the time of acceptance.

During construction operations, the project completion date was adjusted through the issuance of twenty change orders which were all signed by the Board, defendant, and plaintiff as required by the general contract.  One of these, a comprehensive change order issued on February 2, 2010, addressed all issues related to claims for the final schedule and new completion date.  A final change order that incorporated punch list and closeout items was executed in February 2012 with submission of the final application for payment shortly thereafter. In May of 2012, the plaintiff forwarded an extended general condition cost request from its electrical subcontractor that was dated March 2009.  At the completion of the project, the electrical subcontractor filed suit against the plaintiff claiming, among other items, damages related to schedule delay. The plaintiff then filed a third-party complaint against the Board seeking indemnity and contribution for delays caused by the Board.  The plaintiff also filed a third-party complaint against the defendant alleging that it caused a project delay by failing to properly prepare plans and specifications which would allow for a timely issuance of a building permit.  The Board and defendant were both granted summary judgement by the trial court, with the plaintiff conceding it should be granted the Board due to the project record, and the trial court finding the lack of privity of contract between the Plaintiff and Defendant as a bar to recovery. The plaintiff appealed summary judgement granted to the defendant.

The Court of Appeals began its analysis of the case by reviewing the tort of negligent misrepresentation within the context of construction projects in Kentucky.  The Court found that the Kentucky Supreme Court had already found that Restatement of Torts § 552 negligent misrepresentation was available to third parties to a contract because, “duty, rather than privity, is a fundamental element under modern tort law” and a plaintiff could recover from a defendant for an “independent duty.”

“An architect, in the performance of his contract with his employer, is required to exercise the ability, skill, and care customarily used by architects upon such projects…Where breach of such contract results in foreseeable injury, economic or otherwise, to persons so situated by their economic relations, and community of interests as to impose a duty of due care, we know of no reason why an architect cannot be held liable for such injury. Liability arises from the negligent breach of a common-law duty of care flowing from the parties' working relationship.”

Accordingly, the Court concluded that the trial court errored when it found that the defendant did not owe a duty outside of the purely contractual ones owed to the Board.  Since the plaintiff claimed it reasonably and foreseeably relied upon the plans prepared by the defendant, and those plans were negligently prepared resulting in rejection by the approving authority, which in turn caused project delays, the Court was not in a position to say that the Plaintiff could not prove the elements of negligent misrepresentation.

“It is the very purpose of the tort to compensate purely economic losses when there is no contractual remedy available but there is a breach of the duty described in [§ 552]. To apply the rule would essentially eviscerate the tort. We agree with the Court in Bilt-Rite, 581 Pa. at 484, 866 A.2d at 288, that the result would simply be "nonsensical." "[I]t would allow a party to pursue an action only to hold that, once the elements of the cause of action are shown, the party is unable to recover for its losses."”

Finally, the Court examined the defendant’s claim that even if the plaintiff could proceed based on negligent representation, the claim would be barred due to all claims for delay damages were closed with the issuance of the February 2012 change order and the acceptance of the application for final payment.  The Court did not find this argument persuasive because the defendant was not party to the contract between the Board and plaintiff where the waiver of claims language was located. The Court also found that the requirement that the defendant sign all change orders “did not constitute a contract between [the plaintiff] and the [the defendant].”


The Court reversed the granting of summary judgment for the defendant and remanded the case for further proceedings.