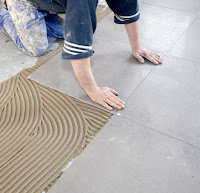 The California Court of Appeals in Navigators Specialty Insurance Co. v. Moorefield Construction, Inc. concluded that a general contractor's general liability (CGL) insurer must pay the general contractor for at least part of its settlement obligation notwithstanding there was no coverage.

The Court was faced with two questions - was the floor failure an "occurrence" giving rise to coverage? And did the supplementary payments provision of the policies require the insurer to still pay a part of the settlement?


For the first question, the Court answered "no" because "occurrence" under the policies was defined as an "accident." There could be no accident from the general contractor's deliberate act. As such: the insurer had no duty to indemnify the general contractor for damages and "was entitled to recoup that portion of the $1 million paid toward settlement that was attributable to damages."

As for the second question, however, the Court held that the standard CGL provision--"with respect to any claim . . . or any `suit' against an insured we defend," the insurer will pay "all costs taxed against the insured"--did require the insurer to pay for settlement "costs" and that those costs includes attorneys' fees when there, as here, was a "prevailing party attorney fees under a contract."  The Court concluded that the insurer's "duty [to defend] was not extinguished by the determination that [the insurer] had no duty to indemnify" for the damages the insured caused. The case was remanded "for a new trial limited to the issue of the amount of the $1 million paid by [the insured] that is attributable to damages, not attorney fees and costs of suit under the supplementary payments provision."
--------------------------------------------------
The author, Katharine Kohm, is a committee member for The Dispute Resolver. Katharine practices construction law and commercial litigation in Rhode Island and Massachusetts. She is an associate at Pierce Atwood, LLP in Providence, Rhode Island. She may be contacted at 401-490-3407 or kkohm@PierceAtwood.com.
Posted by Katharine E. Kohm at 3:01 PM