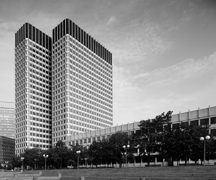 The Plaintiff in METRIC ELECTRIC, INC., v. CCB, INC. and THE HANOVER INSURANCE COMPANY was an electrical subcontractor who was contracted by the Defendant to provided electrical services for a GSA project at the John F. Kennedy Federal Building in Boston. The subcontract was executed on December 2, 2013 for a value of $1,380,301 with the project to be completed over four phases.  The project fell under the Davis-Bacon Act which required that working tradesmen be paid the geographically designated Department of Labor prevailing wage rate.  The Davis-Bacon Act, along with the subcontract, required that subcontractors submit weekly payroll reports that certify under signed oath the tradesmen on the project were paid for all hours worked for the appropriate prevailing wage. In accordance with the Davis-Bacon Act and the specific language in the subcontract, the Plaintiff submitted signed certified payrolls during the course of the project from December 21, 2013 until April 26, 2014.

In March of 2014, six employees of the Plaintiff filed a lawsuit for unpaid wages in Massachusetts District Court and summary judgement was issued on April 6, 2014 in favor of the employees.  When the Defendant learned of this judgement, it advanced funds to the Plaintiff to pay the back wages, but ultimately the Plaintiff’s employees quit the project on April 23, 2014. The Defendant later found that the funds it provided were not paid to the employees until three months later in July 2014.  On May 16, 2014, the Defendant put the Plaintiff on notice of breach for failure to maintain schedule, and then formally terminated the Plaintiff on June 10, 2014, citing the failure to pay wages and to timely perform the contract schedule.  At the time of termination, Plaintiff had only completed 75% of the Phase I work and was 44% complete on the entire job.

The Court next reviewed the Plaintiff’s claim in quantum meruit for $158,823.14 in work it claimed to have performed before its termination.  To start this analysis, the Court pointed to the maxim of Equity that, “a party coming before the court seeking equitable relief must do so with clean hands.”  The Court declared that the Plaintiff in this instance not only failed to follow Federal law, it also failed to adhere the terms of the subcontract by paying its tradesmen in a timely fashion, and it finally then filed perjured certified payrolls, compounding the issues.  As such, a claim in equity for “quantum meruit…is a nonstarter.”

Based upon its ruling on the first two counts of the complaint, the Court rejected the Miller Act and unfair business practices claims outright and granted Summary Judgment in favor of the Defendant.

------------------
The author, Brendan Carter, is a contributor to The Dispute Resolver and a former Student Division Liaison to the Forum on Construction Law.  He is an attorney and a Senior Consultant with Navigant’s Global Construction Practice based in Boston, MA.  He may be contacted at 617.748.8311 or brendan.carter@navigant.com