Thanks to Philip Bruner and JAMS Global Engineering and Construction Group for the following contribution to the Dispute Resolver: 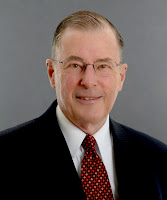 
Construction adjudication, the dispute resolution method credited with reducing construction litigation by more than 80 percent in the United Kingdom, is coming to North America. The adjudication method requires disputes arising during construction to be submitted to an adjudicator for a prompt initial decision that is binding until completion of the contract, and subject to challenge in arbitration or litigation only thereafter. Construction participants wryly refer to it as the “settle now, argue later” approach to final dispute resolution.


Adjudicators with expertise in construction and selected by the parties seek to make their decisions within 30 days of submission of the disputes. Adjudication thus offers a more structured process than the neutral evaluation or expert determination dispute resolution methods. Although parties may challenge the adjudicator’s decision after the contract is completed, British experience is that parties accept the adjudicator’s decision in nearly 85 percent of the cases and thus avoid later litigation altogether.


In the United States, adjudication has been introduced on large, public-private partnership (P3) projects through surety performance bonds, which guarantee contract completion and provide for adjudication of disputes as to whether contractors are in default. Prior to initiation of the concept, the primary performance security on such P3 projects has been demand letters of credit, which tie up contractors’ bank credit lines and which can be drawn down by owners without any showing of default on the underlying construction contract by the contractors or even upon review by neutral third parties.


The focus of the adjudication process in the P3 performance bond is obtaining prompt review of and final decisions on the critical issue of the performance bond obligation—has a contractor default occurred that triggers the surety’s performance under the bond? The adjudication process thus offers both the contractor and surety some semblance of due process not offered by a demand letter of credit. In turn, it provides the owner (or obligee) of the construction project time certainty for prompt resolution of disputes.


JAMS has developed rules for adjudication of surety bond disputes. Adjudicators under those rules are selected by parties from the neutral panel of the JAMS Global Engineering and Construction Group.  The selected adjudicator is accorded full authority to investigate the disputed issues surrounding the contractor’s alleged default and can require parties to produce documents, present employees for interviews and cooperate in ferreting out the relevant facts. The adjudicator then will present a decision on the dispute within 30 days of the commencement of the adjudication.


As contractors, owners, designers and lenders on P3 projects gain experience with adjudication, the process is expected to spread beyond P3 projects. Parties desiring quicker resolution of disputes, even on an interim basis, than offered by mediation or neutral evaluation now will also have an expedited JAMS adjudication process available to them.


Philip L. Bruner, Esq. is a JAMS neutral based in Minneapolis.  He is director of JAMS Global Engineering and Construction Group and one of the world’s leading arbitrators, mediators and resolvers of construction, engineering and infrastructure claims.  Mr. Bruner can be reached at pbruner@jamsadr.com.
Posted by Joe Imperiale at 4:43 PM