Is 30 Days Enough Time to Fully Arbitrate and Issue an Award for a Claim on a Partial Parking Garage Collapse? Federal Court Says Let the Arbitrator Decide 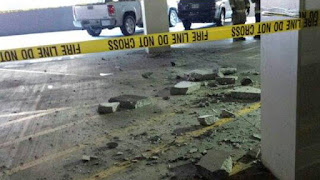 The plaintiff in Tribal Casino Gaming Enterprise v. W.G. Yates & Sons Construction Company et al entered into a contract for the expansion of an existing facility at Harrah’s Cherokee Casino in Cherokee, North Carolina with defendants in April of 2008.  The project included the construction of two parking structures, one, an eight level 2,300 space facility and the other a six level, 1,200 space facility connected to the hotel structure.  Defendant then contracted with its co-defendant to furnish and erect the precast parking garages. An arbitration clause contained within the prime contract stated in part that:


“Any controversy or claim arising out of or relating to this  Agreement shall…be settled by binding arbitration in accordance with the Commercial Arbitration Rules of the American Arbitration Association…The parties agree that the only grounds for appeal of any arbitration award…shall be...where the arbitrators were guilty of misconduct in refusing to postpone the hearing, upon sufficient cause shown, or in refusing to hear evidence pertinent and material to the controversy, or any other misbehavior by which the rights of any party have been prejudiced…The arbitration panel shall be required to render a decision within thirty (30) days after being notified of their selection.”
In February of 2015, a ramp located in the hotel parking garage partially collapsed and the plaintiffs filed suit in February 2016 for damages related to breach of contract, breach of warranty, negligence, gross negligence, and unfair and deceptive trade practices. Plaintiff also filed a demand for arbitration with the AAA at that time.  In May 2016, plaintiff filed a motion to stay pending arbitration and to compel arbitration, and then chose its designated arbitrator. This gave the defendants fifteen days to designate its arbitrator, and then gave those arbitrators fifteen days to select the third member of the panel, with a final decision having to be rendered thirty days later.  Defendants jointly filed a motion to stay the arbitration.

Finding that it had the jurisdiction to rule on the arbitrability of the plaintiffs claim, the Court presented the defendant’s arguments that the clause is unenforceable because of, “contractual impossibility due to unreasonable time constraints, or constitutional invalidity based upon due process and fundamental fairness.” The court does agree with the defendant that allowing an arbitration panel thirty days to review and assess liability for a partial-collapse of a parking garage years after the project was completed “would be a Herculean feat, if not utterly impossible.” But the Court does not find that the arbitration provision is unenforceable.

The Defendant’s motion to hold the arbitration clause unenforceable was denied.

------------------
The author, Brendan Carter, is a contributor to The Dispute Resolver and a former Student Division Liaison to the Forum on Construction Law.  He is an attorney and a Senior Consultant with Navigant’s Global Construction Practice based out of Boston, MA.  He may be contacted at 617.748.8311 or brendan.carter@navigant.com.
Posted by The Side Letter at 8:11 AM